I’ve been pretty silent for a while on here, but those who are connected with me on social media know I’ve had quite the winter.

Who would have ever thought? And somehow, I’ve just about made it all the way through my first winter.

It’s been an eye-opener.

Starting about late September, winter in North Dakota starts to creep in. The chill of autumn afternoons fades into frozen morning dew. The October ground sparkles with it. November silently slides into place with a soft snowfall and glistening trees. Then suddenly, a hard slap across the face as winter steps up and screams “I’M HERE!”.

Honestly, it hurts the skin. It hurts the lungs. Your eyeballs freeze. Well, maybe not completely, but close enough. I survived, along with the hundreds of thousands of other people living in North Dakota, days and nights that were -40 degrees.  I don’t understand how people lived here before furnaces, battery-powered socks and car seat heaters.

But somehow, they did. Some of my ancestors did, before moving to the wild west. 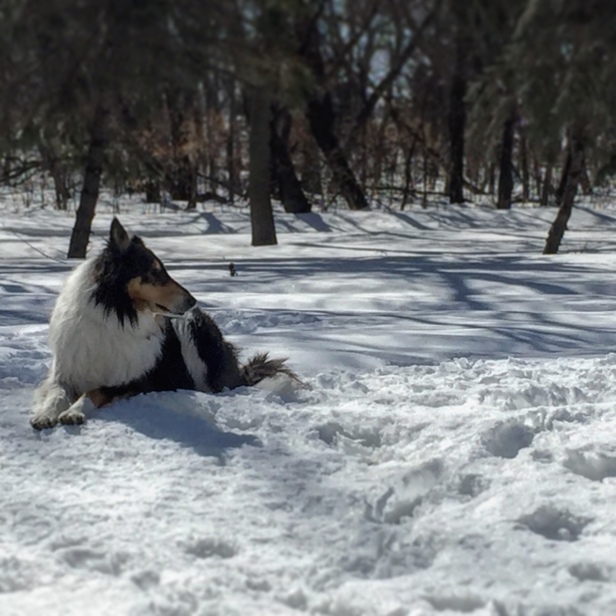 And the payoff is worth it. North Dakota remains one of the most beautiful places I’ve ever seen. There’s nothing like fresh snow blanketing the horizon. And I finally understand a particular line from my favorite Christmas tale: “The moon on the breast of the new fallen snow, gave the luster of midday to objects below.” The land truly does glow at night under a bright moon.

As we head into March, I am eager for spring’s return. I yearn to play in the sun, watch the bunnies run around and plan summer adventures. It’s the only season I have yet to see in North Dakota, and I hear it’s wonderful. I can’t wait!

But maybe first a rest. Embracing winter has been quite exhausting.

One thought on “Winter in North Dakota”

Lilacs #flowers
Well this is new. #computerproblems
There are days when you cry in the studio. Today was one. I never met Officer Holte, but I am heartbroken for his family, his wife, and their baby boy. #officercodyholte #rememberthefallen
A beautiful day to be out on the golf course. 84 degrees, a little breeze, blessed sun. Perfect. #ilovefargo @fargoparks #outside #sunnyday #golf #relax #ndlegendary #scenery
These are my golf clubs. I bought them because I like the color. That’s how much I know about golf. Nonetheless, I had a blast practicing. #golf @fargoparks #beautifulday
@theradionerd This perhaps is dumb - I take a picture of the board and screen every Friday afternoon, so when I’m at home and get that panic of “did I set up for Saturday morning automation?!?!” I can just look at my phone and check. #studiosunday #womeninradio #worklife